It had been a long winter. We'd managed to get out almost every weekend, putting in way more miles than previous 'off-seasons' and as a result we were keen to identify a domestic event to give us a target and test our mettle.

The Puncheur stands out from the usual usual Wiggle- and Evans-sponsored fare. Not sure how long it's been going, but it feels like it has some history. More authentic, characterful and personal than the increasingly formulaic offerings cluttering the market. And it's perfectly timed for opening the season, just the right distance and elevation, just as the mornings are getting lighter, the spring classics are featured on the telly, and you're starting to dream of short sleeves and fingerless gloves.

A lot of care had gone into describing the route and the food that followed. Although sadly, we didn't actually get to sample the fabled post-ride pasta, opting instead for a pint and fish and chips in The Bull in Ditchling (highly recommended). The organisers had also thought to post times for metaphorical medals. The target of just over 104km in under four hours tempted us into going for gold.

Truth be told, I fancy myself as a bit of a puncheur. Nothing beats punching up short sharp climbs, crowning the top just before the legs completely turn to jelly. I can just about hold my own with the other brother if the climb lasts less than a minute. The event spoke to me. It said, "You can crush this".

But it also promised to pose a question, right at the end. A testing tie-breaker. The Puncheur is one of the few sportives to have a hilltop finish. The food wasn't going to be the only tasty thing in store at the end.

A very early start from South London left us short of pre-ride fuelling options. Rather than stopping off in a dodgy caff in Thornton Heath or Purley, we went for homemade ham sandwiches and buttered malt loaf in the car. The breakfast of future champions.

If you're driving, it's well worth getting to Ditchling early, as the lanes around and about the village get pretty busy with the shiny estates and SUVs that seem to be the support vehicle of choice for most MAMILs.

A hassle-free start, including bonus energy bar, and we were off and out of the village at a brisk pace. Plenty of chat and #bants. While it was chilly, there was nothing to dampen spirits. It was just great to be out on the road.

We attempted to team up with some guys who'd come all the way over from Surrey, but they were pushing ahead one minute then dropping back the next to wait for others in their group, so after some yo-yo-ing, we pressed on at our own pace. And that pace was good.

When the talking stops, it usually indicates something's not right. Entering familiar territory around Ashdown Forest, it was eerily quiet. Not a peep from the other brother. Despite all the hours of training, all the pre-ride posturing, there just wasn't all that much in the legs. Having at first thought we might blast past the first feed station, we decided to stop. Three and a half precious minutes were spent gorging on the fine fare on offer.

The Garmin clock was stopped, so we had to calculate in our heads the time remaining in order to claim gold. An 8.21am start meant we had to be up and over Ditchling Beacon before 12.21. It was going to be tight. Time was most certainly not our friend.

Neither was the weather. While the rain and snow held off, the winds felt icy enough. Through Hurstpierpoint and Hassocks, it felt like we were riding into a serious headwind. When we got stuck at some temporary traffic lights for a couple of minutes, doubt crept in for the first time.

The Broleur motto, (very) roughly translated as "hands in the fire", was inspired by a great piece on Chris Froome in Esquire, The Hardest Road, written by Richard Moore. In it, Froome talks about the psychological side of cycling, as well as the physical.

“It’s about the body only up to a certain point. There comes a point when you’re both so far into the red and so far over your limit that it turns mental; it’s a mental game. It’s like you both have your hands in the fire and the first to pull out loses.”

The road approaching Ditchling Beacon is a bugger. There's some weird space-and-timewarp bad dream thing going on that makes you feel like you're going backwards. All momentum is drained and you hit the bottom of the Beacon already in granny gear and struggling to even spin the pedals. 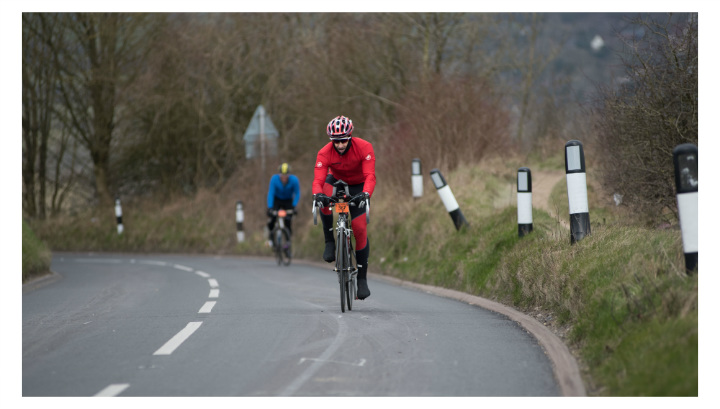 I thought I might stay with Bunteur a bit longer, but off he shot and his Mondrian-decorated back was soon disappearing around the first bend ahead. Time to grit teeth and plunge that hand into the embers.

There are no horrible ramps to deal with, but that false flat at the bottom is followed by at least three identical-looking false corners, each filling you with false hope that you've reached the finish. Not even the dubious alchemy of a caffeine gel could conjure gold from our leaden legs. It was a long grind watching the seconds tick down. The other brother was just one minute out, I was three. Gutting - but spare a thought for Tim Gentry, the poor guy just ahead of us who missed out by six seconds.

According to Garmin and Strava, we'd done it, just. But the official ticket handed to you by the marshal at the top said 'no'. It was not a moment for hanging around and admiring the view with a celebratory Mr Whippy and a selfie. Gloves stayed on and phone cameras were untouched[1]. We freewheeled back into Ditchling for a consolation pint.

One measly minute. That's all that separated me from the gold medal. The first time Broleur hadn't achieved their pre-sportive aim. A bitter pill to swallow.

The finger of blame couldn't be pointed at the other brother. He'd done a Bernie Eisel-esque stint at the front and had dragged me along through the mid-ride low point.

No, it was pointing at me squarely in the face. Three weeks before, I was in the form of my life but a new arrival in the Broleur family meant I spent the build-up to the Puncheur changing nappies rather than gears. Crucial training time lost.

It meant I wasn't quite up to speed on the flat, although I at least comforted myself with my showing on Ditchling.

But, looking back, I wouldn't change a thing (OK, maybe we'd spend a minute less feasting at the feed station). It could be the kick up the backside we need before we attempt the LBL. A sign we haven't cracked this cycling lark just yet.

And coming home to my baby daughter was better than any gold medal. 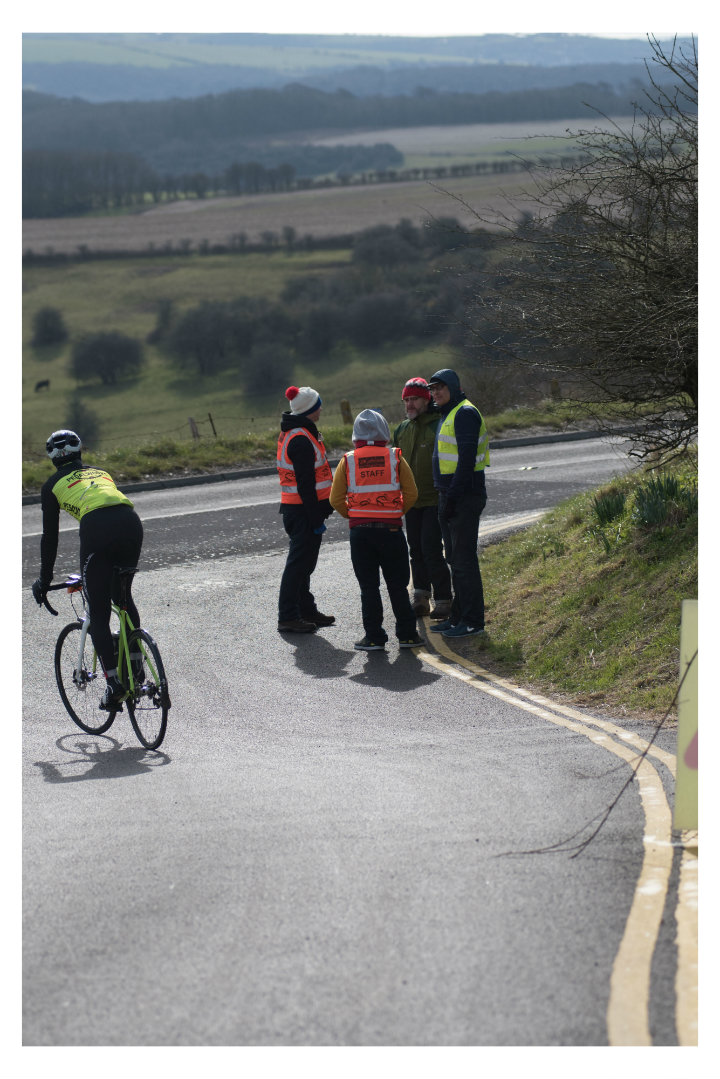