It was meant to be a triumphant homecoming. A wave-to-the-crowds sort of affair as the prodigal Londoner son returned to his Lancashire roots.

Instead, I ended up taking selfies as I necked a pint of frothy mead in a country pub while massaging my cramping and aching quads. I was far from the finish line, let alone home. Fifty kilometres still to go, the heart and head had both gone. Messages of support from the other brother only twisted the knife. Like a 14-year-old who'd had too much White Lightning at a house party, would a call have to be made to my mum to pick up her inebriated son? How had it come to this?

It had all begun so promisingly. A week spent at the Broleur family home in Lancaster coincided with the Tour of Lancashire. Without a target since the Tour of Wessex, it was an absolute godsend.

I brought up some kit from London, borrowed a spanking-new Ribble Granfondo bike off a friend, rocked up at the UCLAN Sports Arena in Preston and paid my entry fee on the day. Job done. The perfect crime. 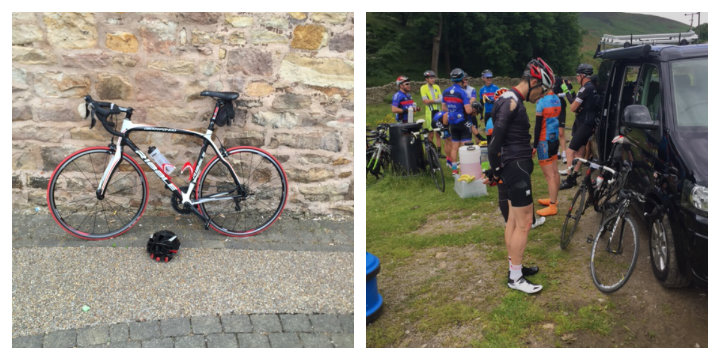 OK, my preparation had not been more 'crime' than 'perfect'. A few days in hospital through illness and a subsequent week or three off the bike beforehand wasn't ideal and I was carrying a few pounds more than I'd have liked, but here I was: a veteran of Ventoux, a man who had ruled La Redoute in LBL and pasted the Paterberg in the Tour of Flanders. I'd be fine and dandy.

The field was small, probably no more than 40 riders, which surprised and unnerved me in equal measure. Most of the riders were clad in club jerseys and, shorn of the other half of Broleur as he was down south doing the Wolfe of Westerham on the same day, I feared being snubbed and having to go it alone for 160km. I'd be a Billy No Mates.

Those worries were compounded by the cracking pace from the off, averaging above 30kph as we headed out of Preston and down traffic-free country lanes. You know it could turn out to be a long day in the saddle when you're out of breath in the first 10km.

But my Lancastrian brethren didn't disappoint. Everyone worked together, no one was intentionally dropped and there was constant chatter within the group (discussing the finer points of the recent Euro referendum and Brexit in depth), making me feel more at ease. No wheel suckers and people did their time on the front. Life was good. 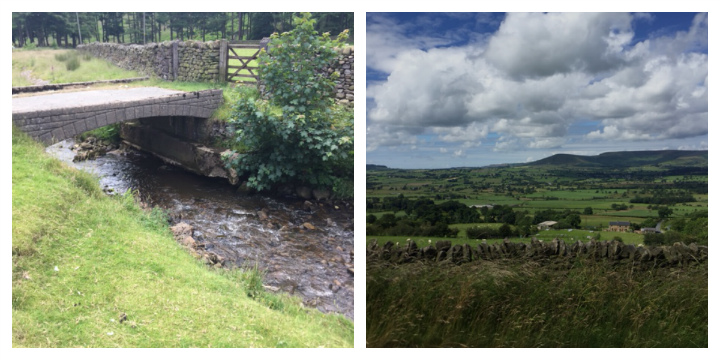 Take that Nicola Sturgeon... what's the point in her?

The first climb arrived in the form of Oakenclough. A small group of youngsters distanced themselves from the main body of riders but I felt no need to follow or to dig deep just yet as I knew there'd be bigger fish to fry later.

The parcours then took us out into the blissfully quiet Forest of Bowland - a region of the UK that fully deserves to be considered an Area of Outstanding Natural Beauty - culminating with a climb up the Trough of Bowland. 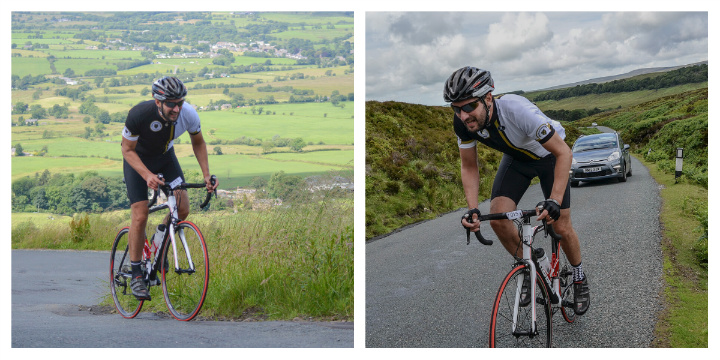 It was so scenic that I got a lump in my throat. I've cycled climbs aplenty and even a mountain or two but nothing I've done can match the Trough for beauty. Babbling streams, stunning hillsides, the sun was shining...life wasn't just good, it was brilliant.

Oh brother, where art thou?

My undoing would come at the one and only feed stop after the Trough descent. Instead of heading off with the group, I allowed them to press on while I stuffed my pockets with biscuits. Elementary error.

In any other sportive, I might have just latched on to another group. But there was no other group, no brother to draft. As I hit Hall Hill out of Whitewell with its 20%-plus gradient and horrific road surface, it suddenly sunk in that I faced 80km on my lonesome. Gulp.

Maybe that thought distracted me as I careered off the side of the road and fell over. No damage done though (I wasn't going fast enough).

Soon, the cramp started setting in. First the right quad, next the left. Then the groin went. Riding on wasn't just extremely painful, it was impossible. A pit-stop at a pub was a welcome - and necessary - relief. 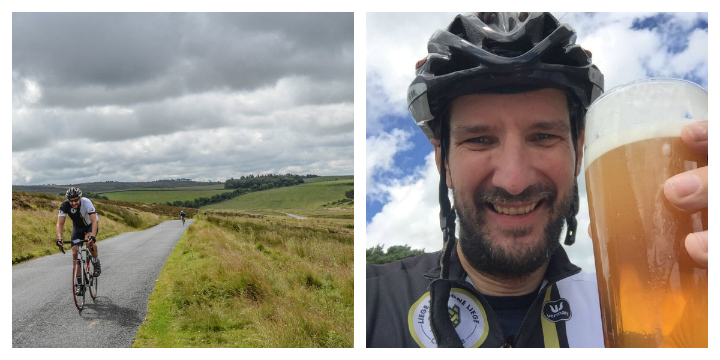 Except me. I pictured explaining my sorry tale of woe to my brother, my family...so, through gritted teeth and the odd yelp, I ploughed on. At times, I'd turn the pedals with one leg while trying to stretch out the other. I'm not going to lie, it was both tortuous and pedestrian - especially going up the gratuitously steep Jeffrey Hill. The only thing that stopped me getting off and walking was the presence of a photographer at the top.

But eventually, after six hours, I finally made it back to Preston and the UCLAN Sports Arena. I didn't even have the energy to do a lap of the track there. Stick a fork in me, I was done.

Understandably, given the small number of riders involved, there was no medal at the finish, no fanfare. But there was no need. In years to come, I'll be able to spot a Tour of Lancashire veteran through their thousand-yard stare. We might even share a knowing nod and raise a glass to each other. After all, no one else can truly understand unless you were there.

We just never knew. Both broleurs bred in Lancaster, but blind to the glories surrounding us.

Dad knew. As kids he took us on epic rides - all of the 5 flat miles to Glasson Dock on a silver-blue Peugeot racer. A packet of Seabrook crinkle cut crisps and a half pint of R. Whites lemonade chugged in the beer garden of the Stork in Conder Green. Back past the golf club and then Dad would be exhorting us to "attack attack attack" the 15 metre climb up Ashford Road - past the cemetery where he now rests - a helping hand applied to the small of the back if we were flagging.

Seeds were doubtless sown, but teen years saw us cultivate more of an interest in rugby and raving than riding. Sunday mornings were spent nursing hangovers earned in the shadows of the Sugarhouse or underneath the mirrorball at Brook's International.

Only now can we appreciate what lay on our doorstep. Directly North, the majesty of the Lake District - Hardknott Pass, Wrynose Pass, Honister Pass, Kirkstone Pass (yes, the Fred Whitton Challenge is definitely on our bucket list). To the North East, the Yorkshire Dales and the verdant triangle that lies between Sedbergh, Richmond and Skipton. Then to the East, the long draggy climb to Jubilee Tower, gateway to the bleak, barren hills of the Trough of Bowland beyond. What we'd give now to ride those roads with our Dad.