Whether it's down to budget, kids, work or another reason, some poor cycling souls have to carefully select one big ride a season. We're privileged enough to get away a few times a year.

One day, we'd love to do an epic together; L'Etape du Tour, La Marmotte, Quebrantahuesos or Maratona dles Dolomites. But this brother, at least, isn't yet up to tackling 4000m of climbing in a day.

So what do we look for in a sportive?

Number one on the list is a trip away. Not for the opportunity to go on a bender (we're usually in bed by ten - before and after). The road trips are cherished. And it's great to share the anticipation beforehand, and to dissect the stats for hours afterwards.

If it's abroad, all the better. A country like Belgium, France or Italy with a cycling heritage, a chance of sunshine and a distinct cuisine to be sampled. Beer matters too. 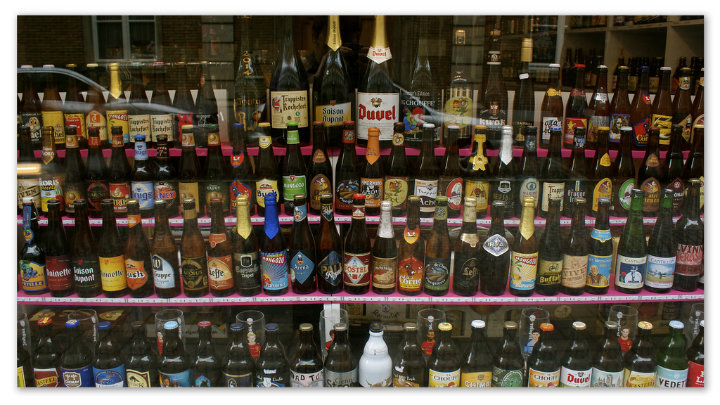 The ride has to be a good length (140km) with a challenging amount of climbing (2000m). Give us an iconic hill or mountain with a reputation. Focus our minds on training rides and prevent complacency. Pose a question.

Then there's the toppings. A name that's an acronym. A start with pens and music blasted from a tannoy. A jersey that has to be earned. A medal with heft.

The Velothon Wales ticked/checked many boxes. For me, it was the big test of the year. For the other brother, a mock examination just weeks before an attempt on the GFNY Mont Ventoux. For both of us, an opportunity to compete, not just complete.

For weeks beforehand we returned time and again to the event website, playing and replaying the interactive route map. Gauging the distance, sizing the hills, planning our feed stops. Every sportive website should have one.

By 5pm on the Saturday, the rutting stags and cackling hens were already tipping on to the streets of Cardiff. Big blokes with big arms - we looked emaciated by comparison. No way we'd have wanted to be alone on the streets past 10pm. A self-imposed curfew made sense.

With timing chips safely retrieved after a long queue in light drizzle, team Broleur dined with our soigneurs at one of the city's finer restaurants.

Team kit had been discussed and agreed some time ago. Our FHHV jerseys (Friends of Herne Hill Velodrome). English white for the Welsh hills.

The start was gentle but steady. As the group thinned we moved up through the field. Ominous early form.

The first 40km through Newport and Usk is dead easy. We allied with two obliging (and bloody strong) Welsh lads and went like the clappers. Keeping tight. Rotating the front with a flick of the elbow. The average speed increasing as we chewed up the tarmac. At one point we must have been pulling more than 25 riders along behind us, but most couldn't stay with us. Flat track bullies.

Where did it all go wrong?

Doug Johnson[1]. Doug Johnson in his red spotted jersey. That's where it all went wrong. Don't like to point fingers, but Doug went and ruined it for everyone. Ratcheting the speed up beyond 40km/hr to a level that couldn't be maintained. As breathing got harder and thighs started burning, we agreed to drop off and keep some powder dry.

Not long after, the peloton bunched and slowed. Tacks on the road. Bikes had to be carried. We didn't see anyone hurt but there were some gruesome pictures published the following day. Sobering.

We opted out of the first feed station. There was time to be made up. The Brecon Beacons and Iron mountain lay in wait (Lord of the chain-Rings?). 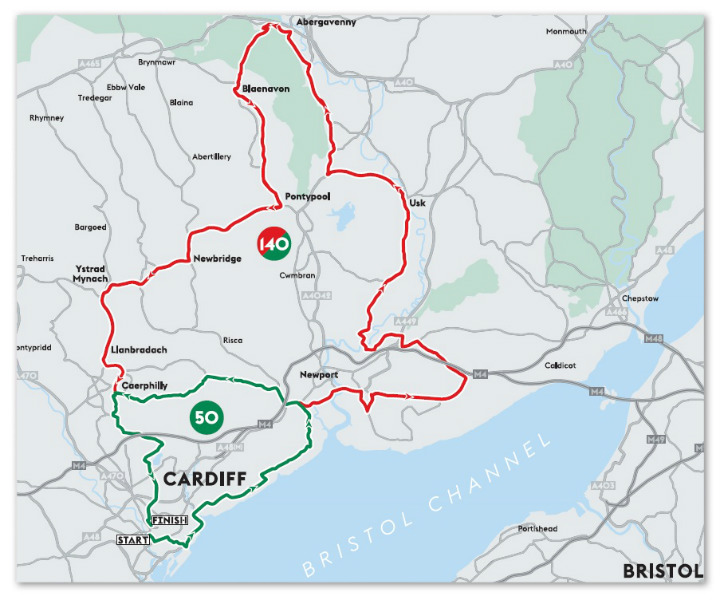 Stretching just over five kilometres and with an average gradient of eight percent, "the Tumble" is the most notorious climb of the Velothon. It was the ride profile that we'd pinned up on the bathroom mirror. The one that kept us going on the hills of the Kent Alps. The other brother was clearly eager to test his mettle, so I let him off the leash and he pranced away like a winged welsh mountain goat.

Carrying approximately ten more kilos of timber, I was prancing nowhere. I settled into my saddle for the long haul. There comes a point on any big climb where you ease up on to the biggest ring of the rear cassette and have to accept there's no more mechanical assistance to come. It's all down to the legs and lungs, heart and mind.

It wasn't actually that bad. It went on a bit, but there were no moments of doubt. No temptation to do the walk of shame. Definitely more overtaker than overtaken.

If you've read any cycling reviews you'll recognise the typical narrative arc. There's always the bit where the protagonist questions their sanity and wonders if they can complete the ride. Here we go.

Caerphilly mountain. The shorter, steeper sibling of Iron mountain. Spurned by its mother. Starved of love. Scarred by nasty ramps, a blind corner and a false summit. A cruel, bitter climb.

Not half as cruel as the spectators, mind. The heartless wellwishers who told us there were only 100 metres to go when there must have been 500.

Actually, that's deeply unfair. The people of South Wales were a credit to the principality, lining the streets with generous applause. It was easily one of the best supported events we've done.

From 30km out, we knew we were going to clock a good time. Three matches had been burnt. Supportive texts brought emotions to the surface. Family at the finish line. It was all we could do to avoid tearing up.

Then ahead, a distinctive red spotted jersey. Doug Johnson was in our sights. Slowly, steadily, we reeled him in. Poor Doug, he didn't stand a chance. 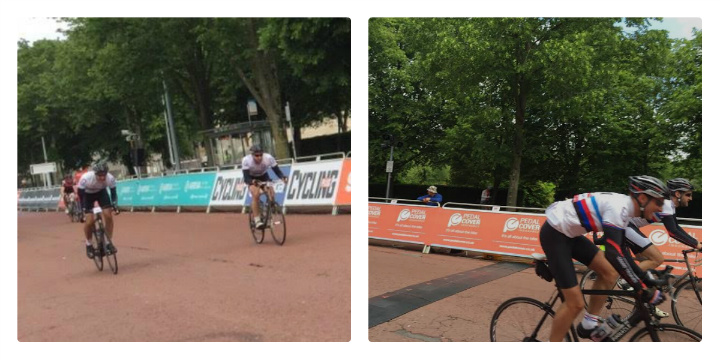 A final sprint down an impressively professional-looking avenue - this one for the benefit of the cameras - and we crossed the line together. Hugs. Grins. Medals (with heft). 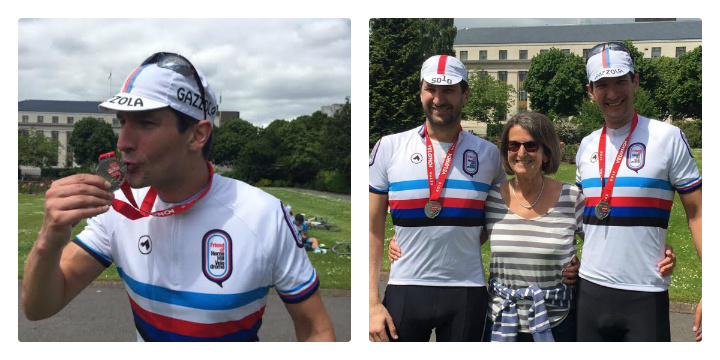 And the scores on the doors? 140km in just under four and a half hours. 31kmph average, including dem climbs. Boom.

The soigneurs of Broleur - not that they'd understand or particularly appreciate the term - have a thankless existence.

They are left to deal with the kids and household chores every Sunday. Whole weekends when we have a sportive. Bored senseless with relentless stats, forced to feign enthusiasm when we regale them with tales of bravado on the road and scarred by the sight of us in materials not becoming for men of our age and girth.

The Broleur family have been known to wait hours to get a fleeting glimpse of us as we fly round the Herne Hill Velodrome at the end of a sportive. But you know what? It makes us feel like champions, gladiators of the two-wheeled variety.

For the Velothon, my missus, Broleur's mum and (understandably very proud) Welsh partner Ashton came to Cardiff to support us. Knowing we had family waiting for us at the finish line spurred us on as we crested the beast that was Caerphilly mountain. As we flew towards the finish by Cardiff Castle, a familiar voice rang out.

"Go on!" Two simple words but in the unmistakable American twang of my wife. It made my day, and made this incredible sportive complete.

The inaugural Broleur Best awards It's that time of year. Tensions are high chez Broleur and responsibility weighs heavy. Knowing one of these eagerly-awaited and much-coveted awards can make or 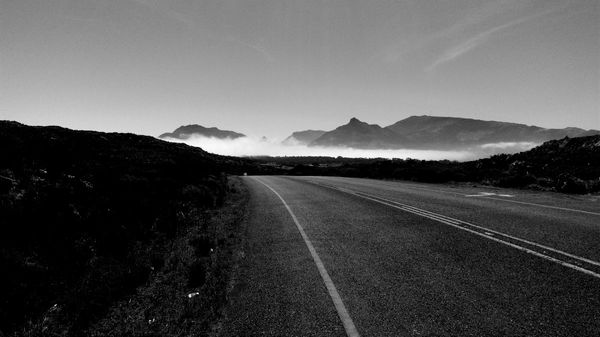 My son's school rugby team was touring South Africa. My wife wanted to be close in case her baby was hurt by those big saffers. My daughter wanted to see