Lining up at the start of a sportive is always a nervy affair for me. I look around at the opposition and separate the wheat from the chaff. 'Shaved legs, he must be good', 'That's a Fred Whitton jersey, they're going to be awesome', 'He's stick thin, I won't be able to stay with him on the climbs'.

It's all very negative stuff but it means the heart is thumping, the blood is up and the adrenaline crying out for me to drop the hammer from the off. I feel an urge to prove a point to everyone else.

But the Tour Ride Worcestershire was going to be different. Although I'll never fully learn the lesson of taking a measured approach in the first 20km, I wanted to show I'd at least been making some notes this year.

It had always been a temptation too hard to resist. The competitive fires burn too brightly (especially in the other brother) to just watch our fellow riders pass by. A slight on our cycling abilities, a stain on our character that couldn't be washed out. Telling myself, 'It's a marathon, not a sprint' fell on deaf ears.

In a group, we feel duty-bound to be at the front, doing our stint in the wind, giving a free ride to those behind. Feed stations are often bypassed with one eye on the clock rather than on energy levels. Water drunk only when my mouth felt it had been liberally coated with sawdust.

But I'd been paying dearly for this folly in the latter stages of sportives. Cramp had been a constant companion, to the point where I was having to stop to try to quieten my screaming legs. I was enduring rather than enjoying. Something had to change.

The 10km ride to the start line at Worcester Racecourse only served to heighten the sense of anticipation. Clear blue skies, the morning sun revealing fields shrouded in mist. It was difficult to rein in the excitement.

Registration was a painless experience and there wasn't much waiting around, in contrast to the Wiggle New Forest. In what seemed like no time, I was under the inflatable arch and the countdown began. Five... 'Nice and easy'. Four... 'Don't chase'. Three... 'Let them go'. Two... 'Don't be afraid to wheel suck'. One... 'Please legs, don't cramp up'. A klaxon sounded and my wave of about 50 riders was underway. 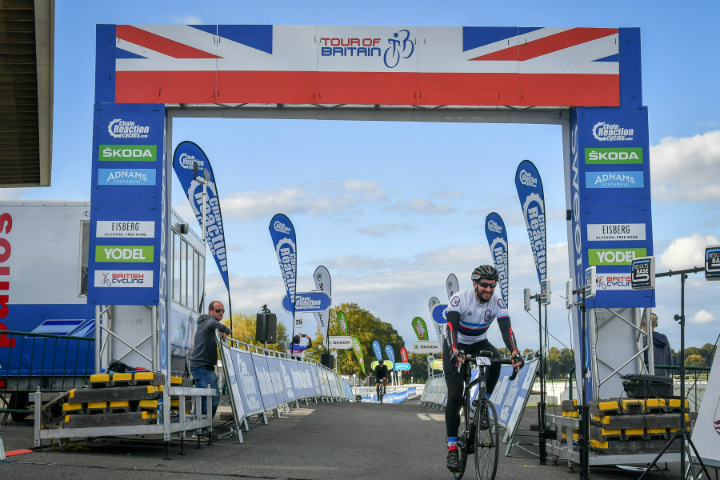 I've never been to Worcestershire before - and the first part of the 100-miler (75-mile and 40-mile options were also on offer) showed the county in all its glory. Picture postcard villages, glorious countryside, a cyclist's dream. A bit lumpy but nothing to get you out of the saddle - and the best part was I was riding well within myself. A steady if unspectacular pace, soaking up the scenery.

By the time I reached the first of two decent-sized climbs, the Wyche Road out of Malvern, I felt strong and ready to push on to the first feed station at the top. The view of the valley below got me even more fired up. Literally breathtaking. No wonder the Tour of Britain did the same parcours in 2014.

I was in the mood to press on but, remembering my pre-sportive promise to myself, I pulled in and had to rub my eyes in disbelief at the buffet. Savoury options. OK, that consisted of tortilla chips and Ritz crackers but still, just to have something different to sweets, energy gels and flapjacks was fantastic.

Day of the draft

Back on the bike and the descent was unbelievably fast and seemingly went on forever. Magical. I snuck on to the back of a group of 15 riders and stayed there for the next 30km, with a guy in a blue-and-white striped jersey doing an impressively long stint at the front. No one was helping him out and I wasn't going to dip into the red by bowling past everyone and taking the lead, so I settled in and drafted to my heart's content.

When the guy's legs eventually - and inevitably - gave up the ghost, I made sure to thank him for the free ride. It was the least a wheel sucker could do. Thanks to his efforts, the second feed station was reached in double-quick time. Toilet break, more tortilla chips, then on to the biggest climb of the day, Snowshill.

Local riders talked of it in reverential, hushed tones, so I prepared myself for the worst by gorging on energy gels as the hillside appeared on the horizon. But, in all honesty, it wasn't that bad. It went on for a bit but it was a gradual grind rather than leg-sappingly steep. I was clearly feeling the benefits of my new strategy.

Snowshill conquered, it was time to really ramp it up through Warwickshire toward the final feed station in Bidford-on-Avon, especially as my family were waiting there to cheer me on. No more admiring the view, this was head-down, pedal-to-the-metal time.

I took my own sweet time in Bidford. There were cuddles to be had with my daughter, a wife to thank for her support and obligatory photos to be taken.

Roughly 30km to go. Or there would have been if I hadn't missed an arrow sign. I wasn't the only one as I encountered half a dozen others aimlessly riding round and frantically checking their Garmins. The error added another 10km to the route as I was forced to double-back. No matter, I was loving every minute, every mile, of it. 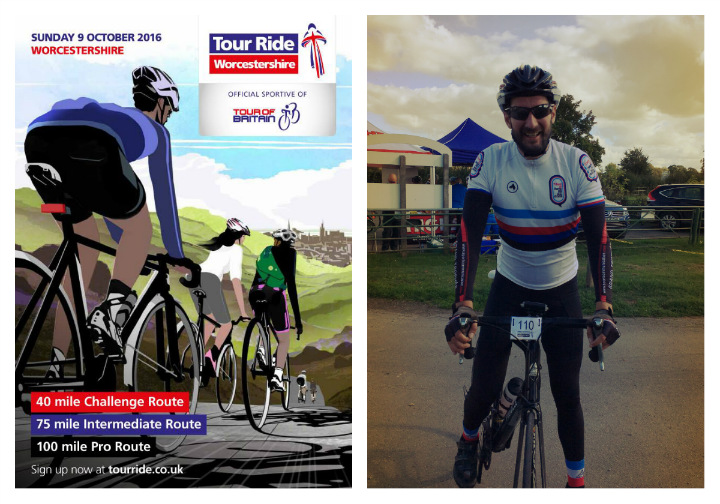 Having looked at the route map beforehand, I knew the final stretch held no horrors and, with only a slightly tight hamstring to hinder me, as I passed through Droitwich I started to picture the final sprint on the racecourse.

Another missed sign almost put paid to that idea, though, as I fought my way through the Sunday traffic of Worcester town centre and ended up approaching the Grandstand from the opposite direction. Gutting but there was no way I was going to be robbed of my moment of glory. I'd earned it after doing 15 extra miles. I chucked my bike over the barriers and rode the final 50m to the line.

I usually grimace for the cameras but this time there was a genuine smile. After being a bit underwhelmed by the Wiggle New Forest, this was a brilliant sportive to round off the season. It ticked all the boxes. One hundred miles, beautiful scenery, very quiet roads, enough climbing (about 2,000 metres) to make it interesting, long descents, good feed stations... what more could an amateur cyclist wish for?

A bit better signage maybe, but that's a minor quibble. The Tour Ride Worcestershire was one of the best UK sportives I've done and should be on your to-do list for next season. 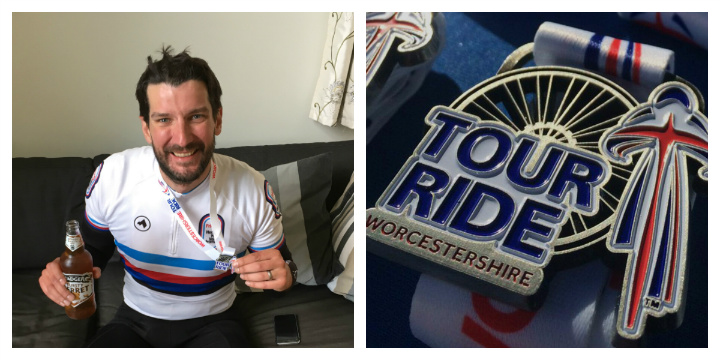 And so it ends. Another glorious summer season passes. Fold up the short-sleeved jerseys and consign them to the drawer, along with the fast-fading memories. The warmth of the sun on your back, sharp tan lines forming, slick tyres rolling down dreamy descents.

At this point there's still some romance in the air. The frisson of a crisp morning rendezvous, cosseted in fine merino layers, misty breath hanging in the air. Fields frosted and woodland ablaze like a New England fall. Instagrammable coffees, sweetly dense cake and the promise of dark Belgian beers, fatty roasts and unctuous stews.

Then reality bites and the fleeting autumnal affair is finished. Winter moves in. Grimly grey mornings and heavy concrete skies. Shitty, bitter roads and the gritty spray from cars that pass too close, drivers squinting out through steamed up windscreens. The shudder as cold rain seeps through seams and the wind chills your chest, shoulders tensing against the cold. Numb fingers bloodied from slipping on tyre levers and white-blue toes that sting back to life in the shower.

Roll on the spring and that first sup of Amstel Gold.