The clock was ticking on the time bomb and I was seriously sweating. Ten minutes to the stated cut-off of 9.45am and I was still flailing around the roads near Ringwood, frantically looking for the entrance to the Wiggle New Forest Sportive. Aaaaaargh!

But then time hadn't been on my side from the moment I'd signed up. In fact, it seemed to be actively conspiring against me.

First off, a friend's engagement party meant that I'd have to be back in London at a reasonable hour, so the full 100-mile 'epic' was out of the question and the 'standard' 66-miler it would have to be. A bit disappointing but I figured c'est la vie.

Then there was the logistical problem of getting to the start line. As I was going solo for this sportive, I was deprived of the shuttle service that the other brother usually provides. I don't have a driving licence (oh the eternal shame), so instead I got the earliest train possible from Clapham Junction to Hinton Admiral, giving me just over an hour to ride the 15km or so to get to the picturesque Somerley House and register. Hardly ideal, but it shouldn't have been a major problem. That was assuming the entrance would be clearly marked. 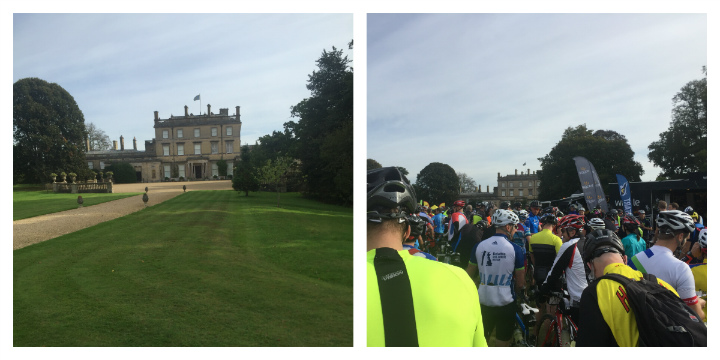 It wasn't. Cue the pressing of the panic button as I dashed here, there and everywhere searching for it. And I wasn't the only one. Dazed and confused, I eventually followed another lost soul going the opposite way to wave after wave of riders who had just started. Swimming against the tide. The 15km had morphed into nearly double that and I'd used up a lot of precious energy.

I shouldn't have been so worried - the story of my life - as the start area was thronged with hundreds of people trying to sign in before queuing for an age to get underway. More on that later...

All that anxiety was temporarily forgotten once I rolled out through the inflatable arch. Straight to the front of the group, where I latched on to three young chaps going at a terrific pace.

Nicknames had to be conferred to establish the element of direct competition, with jersey choice being the deciding factor. For the first 25km, I stuck with 'Hi-Viz' (sporting a number so garish I nearly had an epileptic fit), 'Red' (no explanation needed, I couldn't think of anything more imaginative) and 'Antlers' (on account of the picture of a stag on his back), but after that, I let them go. Being honest, the pace was a bit too rich for my blood. 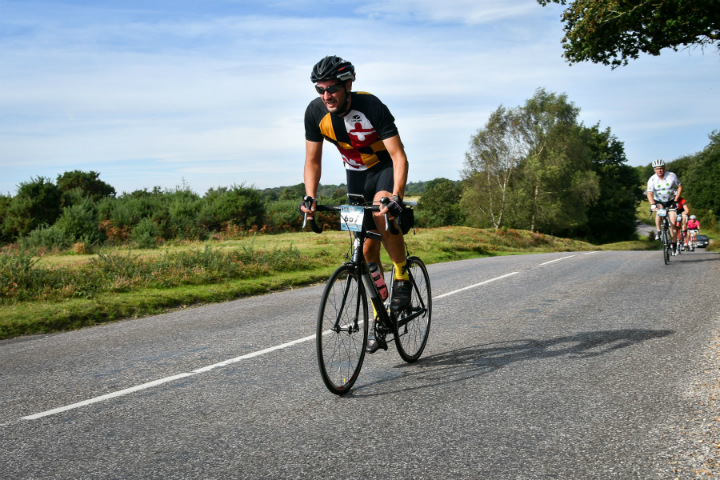 I took my foot off the gas, headed into my comfort zone and, instead of sticking my head down and just pumping the legs, I began to look around and appreciate my surroundings. The New Forest ponies were out in force in Brockenhurst, munching on the manicured lawns of the town's residents; the scenery and downhill stretch into Burley were equally beautiful; the forest itself on Bolderwood Hill a feast for the eyes.

I bypassed the first feed station - it looked rammed - but did pause for a lengthy period at the second. In hindsight, I should have just kept going. Not because of the fare on offer (your usual buffet for the sweet of tooth), but because my legs seized up. The next 20km was a dual battle with headwind and cramp. When will I learn to drink more in the early part of a long ride?

After downing a bidon of sugary badness, the cramp eased off enough for me to relish the final 15km and the same path back up to Somerley House that I arrived on. No chance to savour the moment, I had a train to catch.

But it wasn't all rainbows, unicorns and sweet little bunny rabbits. This wouldn't be an honest review if I didn't air some gripes.

There were too many riders. Or rather there were too many riders for the organisers to cope with after allowing on-the-day entry. The queue for the staggered start was ridiculous, snaking all round the grounds of Somerley House. A woman next to me rightly described it as "shambolic". Lucky it was a warm and sunny morning. Shuffling about in the cold and rain would have been absolutely miserable.

The narrow roads of the New Forest were also never designed for thousands of bikes and cars, which resulted in numerous hold-ups and, consequently, wincingly dangerous overtaking by both driver and cyclist alike.

At least finding a way through the traffic proved a challenge. More so than the parcours. It's not the organisers' fault by any stretch of the imagination, but the New Forest is pancake flat. It felt a bit embarrassing being snapped by photographers at the summit of what amounted to an over-sized speed bump. I put on a fake grimace for the cameras. 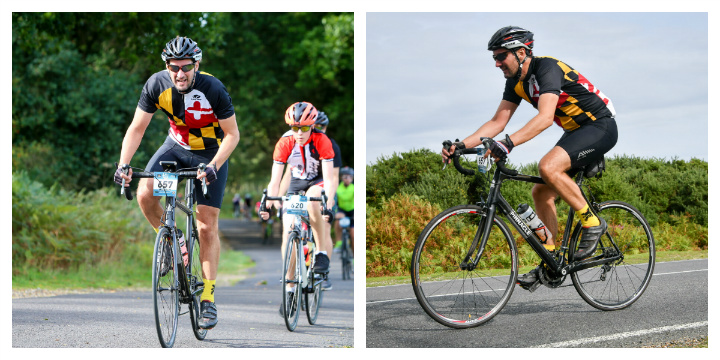 It's the perfect sportive for a novice or someone attempting their first 100-miler. But for the battle-hardened, the New Forest doesn't offer much in terms of testing climbs or glorious descents to get the blood pumping and the stomach churning.

The medal. Oh the medal. Deary me. The less said about it, the better. Just a bog-standard, lightweight Wiggle Super Series finisher's one. Nothing to mark it out as special. Nothing to be treasured. Sort of like the sportive itself.

As I texted the other brother on the train back to London (another close shave, making it back to the station with two minutes to spare), I'm glad I did the New Forest and, overall, I did enjoy the experience. Another sportive under the belt. But would I be in any great rush to do another Wiggle event? Probably not. Bigger and better challenges lie ahead for the Broleur brothers.

The moment you set a goal, you're immediately more likely to achieve it. Sign up for a sportive and chances are, you're going to ride it - ready or not. Sign up for an epic ride, and you have a purpose in life. It gets you out of bed that bit earlier on a Sunday. It makes the hill repeats and frozen fingers bearable. It makes you consider commuting instead of taking the train and gives you the power to say no to that chocolate hobnob with your afternoon tea.

Every amateur cyclist thrives on setting and achieving targets. It awakens the competitive pro buried deep within every one of us. Improving a time on a Strava segment, hitting a target weight, cycling a certain distance every week or over a year, triumphing over a bitter - or dearly loved - rival. It doesn't really matter what the goal is, as long as there is one.

Because every target achieved warrants a reward. A hot shower. A Sunday roast. Second helpings. Bragging rights. A beer. A night on the beers. Upgrades for the bike. A new bike. A gadget. The gadget you need to get more out of the other gadget. Technical outerwear. Socks. But no reward compares with the sweet, smug self-satisfaction that comes with knowing you left nothing out there.

Do yourself a favour today, book yourself on a sportive or granfondo. 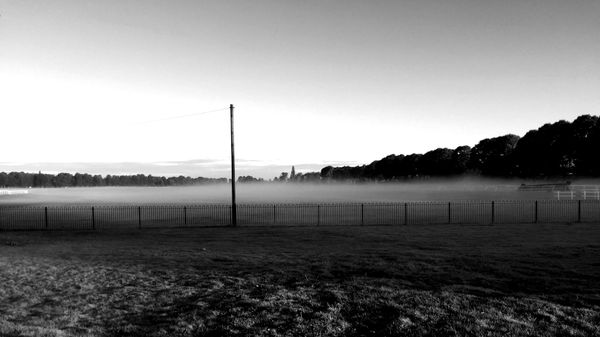 Lining up at the start of a sportive is always a nervy affair for me. I look around at the opposition and separate the wheat from the chaff. 'Shaved legs,

It strikes me there have been three distinct eras since our cycling journey started nearly four years ago. The first was the distinctly amateur era. Richmond park was a slog.