There's a place for Evans and Wiggle and the sportives they sponsor. They're broadening the popularity and accessibility of the sport. But as their event calendars fill out, it increasingly appears like a race to lay claim to uncharted cycling territory and put a marker down on open weekends. It's tough to maintain quality and individuality when you're rapidly scaling a franchise model. Just look at Starbucks.

Contrast with the Cyclery in Westerham, Kent. Cafe, shop, workshop. It's a formula that works. The owners do what they can to cater to the needs of local cyclists and make a living in the process. No plans to take over the world (that I'm aware of). So when we saw the posters for the Wolfe of Westerham, we felt duty-bound to show some support.

True, there's something slightly galling about forking out 35 quid to ride roads you ride for free every other Sunday of the year.
Westerham is pretty much the centre of our cycling universe, the nexus from which we launch our attacks on the Kent Alps. But a good chunk of the entry fee was going to charity, the Dame Kelly Holmes Trust. Time to give something back.

As the day approached, the other brother went North with family and my commitment wavered. Yes. No. Yes. No. Yes. No. Finally, a compromise was reached. I'd cycle the 33km from Camberwell to and from Westerham and do the shorter, 70km route. Show some solidarity, maybe discover some new roads, and be home in time for lunch.

The first thing that made it worth entering was the anticipation. Awake at 5.30am, as the first planes began circling London on the Heathrow approach, the first eye to open spied a triangle of bright blue sky through a gap in the curtains. A good day to ride.

Out up College Hill, down Anerley Hill, up Layhams Road, down Clark's Lane. Routine stuff.

And so to Squerrye's Court, a small but perfectly formed stately home on the herbaceous borders of Westerham. It was like I'd stumbled on to the set of Four Weddings and a Funeral. The most English of scenes. The kind that gives one the urge to use the word quintessential. 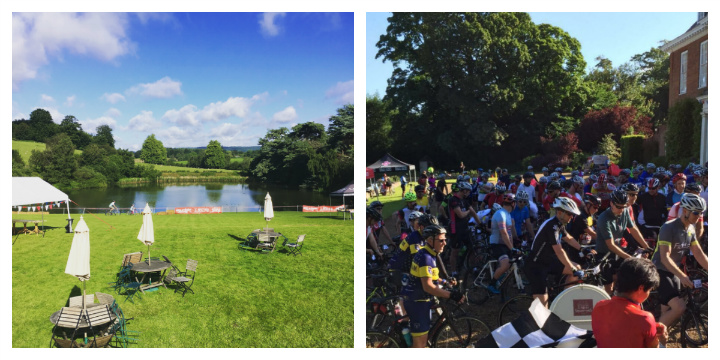 An entire community had been mobilized. Arch inflated, tents and trestles erected, tables and chairs carefully placed across a pristine lawn and bunting strung out. Cash was proffered to two gents from Westerham Cycle Club in their distinctive Bianchi-green kit, the sort of guys who wouldn't say no to a slice of cake with their coffee.

Unfortunately, the grand depart had already taken place and Dame Kelly was back doing whatever noble Olympians do. Still, when it comes to cycling, I'd much rather be chasing than be hunted down by a pack and so the very first climb of Goodley Stock road was ridden with relish. Almost straight away I found myself on virgin roads. Thankfully, directions were dutifully dished up by the delightful WAGs of Westerham, sporting newly purchased hi-viz vests. Thank you, ladies.

The road from Lingfield to Edenbridge is wonderfully flat and fast. A race track. The kind of road that makes you feel like you're going at the speed of a pro (even if in reality you're about 20km/hr short). Had I managed to attach myself to a group, it would have been super-quick. As it was, it was just regular-quick.

In my ongoing quest for marginal gains (read: shortcuts and cheats) I'd packed some new foodstuffs on the recommendation of a cycling coach I'd recently encountered. Baby breakfasts, courtesy of Ella's kitchen. Specifically, those little yellow, red and purple little pouches full of bananas, blueberries, apricots and baby rice. All 100% natural.

My usual feeding strategy - if you can call it that - is to eat when I'm feeling a bit weary, or when I suspect a big climb is approaching. For this ride I watched the clock and ate every half hour. First a baby breakfast, then a caffeinated Clif block, with plenty of water inbetween. It seemed to work, or at least I didn't endure the period of morose introspection, staring at the stem, which usually comes about 90km into a ride. It's an approach I'll adopt again.

Oops. Nearly took the long route. Best backtrack to avoid looping further south and experiencing the horrors of Hubbard's Hill. It's a climb only ever done once, following a similarly long run down to the Tunbridge Wells. Expletives rang out across the Weald that day. Suffice to say, having dragged myself up it once, I've been careful to ensure every subsequent visit has been in the downhill direction. 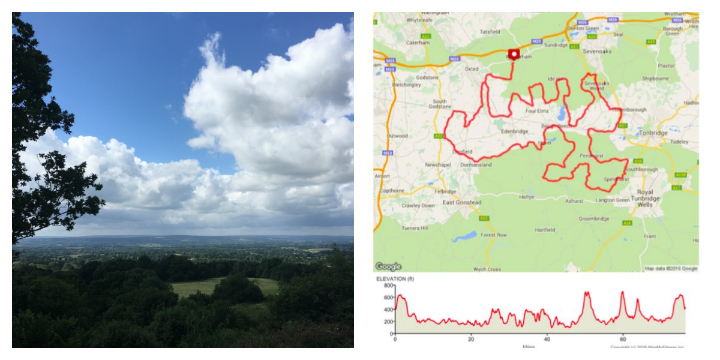 More new roads circumventing Bough Beech reservoir. Twitchers eyeing the birds and fowl through military-grade binoculars. I'm guessing they must have been watching the cyclists spin sweatily by and thinking: odd hobby. Each to their own.

There was no avoiding the gravelly gutter of York's Hill - a worthy number one in Broleur's list of the top ten cycling climbs of the Kent Alps. Brutal, even harder than I remembered it. A few fellow riders dismounted, defeated. But having "tapped out" myself momentarily on a recent climb of Boltby Bank in Yorkshire, I was determined to show my thighs contained real steel.

I opted not to stop at the top. So sadly I can't comment on the quality of the feed station, but in my mind - it would have been like a scene from a John Lewis ad: cucumber sandwiches (no crusts), fondant fancies on tiered cake stands, elderflower cordial in frosted jugs with ice and lemon, served by silver-bobbed ladies wearing Cath Kidston aprons.

The route circled South again to take on the North face of Toys Hill - another local favourite. But just as it gets gritty, I spied a yellow arrow pointing left and descended another hill I was glad to be going down and not up.

From my vague memories of the map, I feared we would be tasting the twin terrors of Brasted and Sundridge. But instead we stayed south of the A25, retracing the start of the route and finishing with a last push up Pains Hill and then back up the rutted road to Squerrye's Court, resplendent in the sunshine. 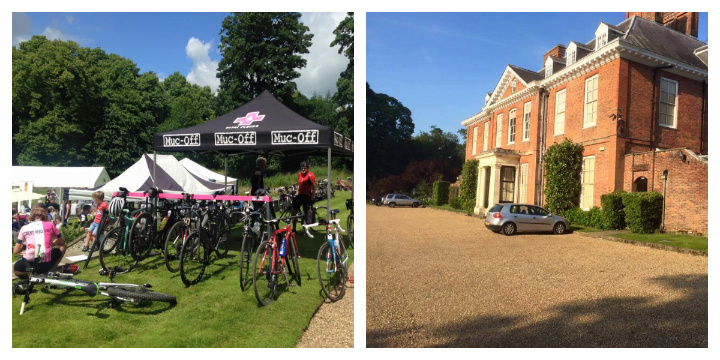 It feels churlish to mention the slightly plasticky medal and mostly empty goodie bag. Better that more money goes to the disadvantaged kids that the Dame Kelly Holmes Trust helps. Besides, there was also the opportunity to trade your timing chip for a sandwich, crisps and glass of locally produced pink fizz. 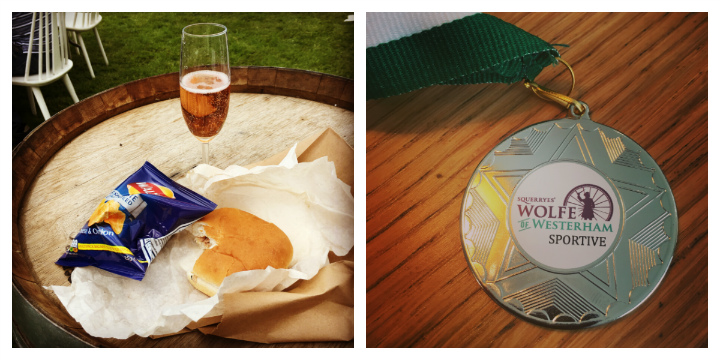 It would have been very easy to settle into a deck chair for the afternoon. Various local cycle clubs gathered around the tables and their well-behaved, blonde-haired kids played on the lawns around them. Hogs were roasting and a local band was about to strike up. Yes, the Wolfe of Westerham is possibly the most middle-class sportive you're ever likely to encounter. But that's no bad thing. I hope they do it again. And again. But just once a year, same time, same place, same route. And keep it special.

Gadgets have never really floated my boat. Whereas my brother has wrapped technology in a warm embrace, I have stubbornly given it the cold shoulder.

My brother hasn't just made big strides this year, he has made giant leaps for velo kind. I'm shuffling along in comparison.

In days gone by, I'd leave the other brother behind on climbs. No more. When we head out now, it's like the T-1000 against the outdated and outgunned T-800 - but in 'Brominator', Arnie gets sliced and diced and put on the scrapheap inside the first five minutes and the robots triumph over mankind.

So on the birthday list this year will be gadgets galore. It's time for me to reboot my approach to cycling.