There's no truer truism: when it comes to cycling, you get back what you put in. Push down on the pedal, the wheel turns. If you choose not to take it easy, you go faster. If you sleep, eat, train, repeat, you tend to get better. If the elements conspire against one, they conspire against all. The amateur playing field remains even, even if the road twists, dips and climbs.

We'd certainly banked a considerable number of winter miles in anticipation of La Doyenne, our second Monument after the Tour of Flanders and our first Ardennes Classic. Training sessions had gotten more regular thanks to weekly attempts to crack the Broleur CC Strava leaderboards and claim segments. With the purchase of a heart-rate monitor and power-meter, I'd even harnessed the unfathomable wonders of science. The odds were stacking up in our favour (at least I think that's what the FTP data was telling me). 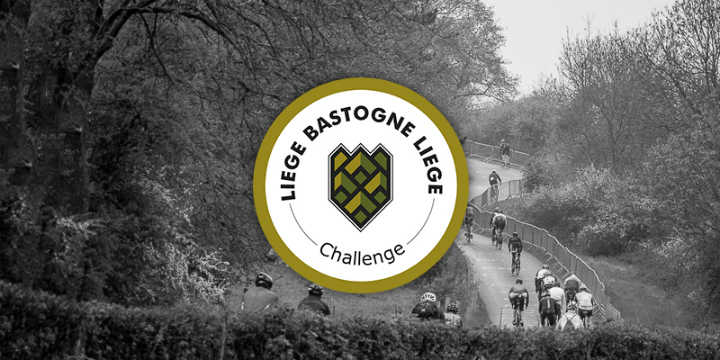 An early start on the Friday. A long drive to Liège. Six hours behind the wheel is about as long as you'd want to spend the day before a big ride - even with a snooze on the chunnel and a lunch break in gorgeous Ghent, it's a long stretch.

Drive as far as Flanders and confidence swells - you're lucky if you even spot a hill. Push on further to the Ardennes and there's no missing them. Sharp, tree-covered ridges serrate the skyline and there's even what looks like a perfectly conical mini volcano on the outskirts of Liège.

We drove directly to the rather lacklustre registration and start zone on the semi-industrial Quai du Wallonne. No goodies or stash to tempt the credit cards out. Pre-paid LBL jerseys and medals were efficiently dispensed by cheery Belgians and we shortly found ourselves navigating the interminable ramps of the car park of the super-jazzy, rather snazzy Pentahotel Liège, home for the next three days.

That evening we had the pleasure of meeting a fellow broleur, Chris 'Geiseur' Geiser and his charming soigneur, Alicia, who had flown from New York to take in their first spring classic. Cycling mementos were exchanged in a pseudo tribal ritual, before we feasted on big bloody steaks. 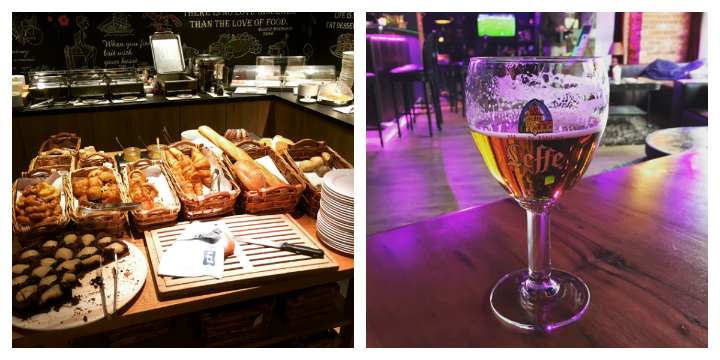 Less thought and effort went into his layering strategy. A bitterly cold day was forecast (although thankfully we avoided the snow and hail the pros had to deal with the following day). While I was regretting fingerless gloves the moment we rolled out of the Pentahotel, the other brother chose to go "full Northern". Why let pesky insulating thermals ruin the sporting line of your pristine LBL jersey?

Geiseur was waiting patiently at the start line. No pens to let the anticipation and adrenalin build. The ride began under leaden skies without so much as a beep. 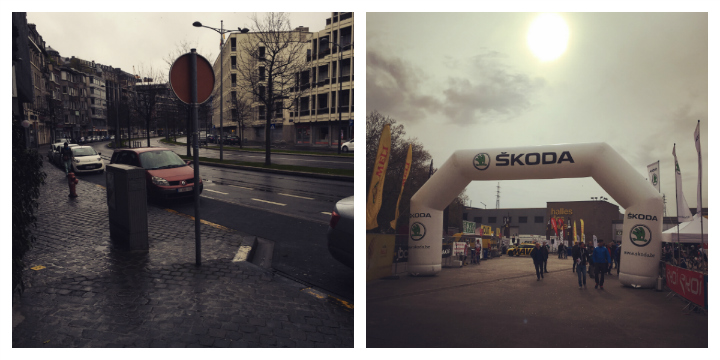 The strategy was to maintain a steady pace and save something for the three timed climbs in the second half of the ride on which rankings are based. Taking it easy sounds easy. But watching riders you know aren't as strong as you go coasting past is hard to take.

Thus L'Ancienne Barriere, a long, gentle climb of nearly 5km turned into an exquisite form of torture. Each passing bike another slow drip on the forehead. Another itch waiting to be scratched.

One of the great things about the LBL is that while the climbs are regular and testing, you're paid back with a lot of easy miles. Smooth surfaces and virtually no traffic mean you get to test out your downhill skills. The downside is that any heat generated on the climbs is quickly and efficiently dissipated on the long, winding descents. Fuel was required to keep the firebox burning. It came mostly in the form of waffles (thanks for the tip, Jim) and orange segments.

The broleur train trundled on, but it soon became clear that Geiseur was flagging. More lone wolf than pack animal, he urged us to push on ahead at the second feed station, and leave him to prey on the weak and lame bringing up the rear. 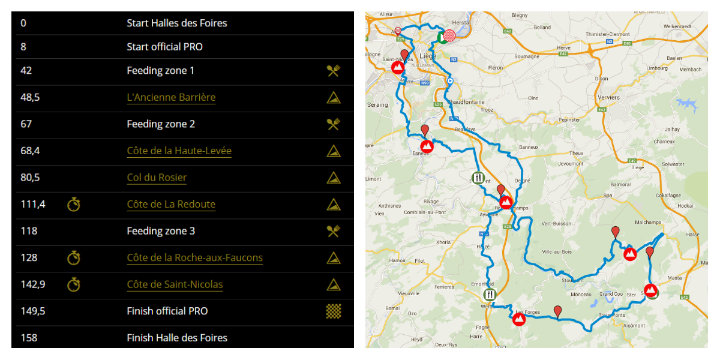 One more côte of pain

And so we did. Skimming over the first stretch of cobbles before grinding up the brutally steep Côte de la Haute Levée.

Next up, the Col du Rosier. A good draggy climb that eases as it goes. Whereas once the other brother would have had the chance to steal a nap at the top, like the hare waiting for the tortoise, on this occasion I kept him in sight. Small victories.

On another 30km to the first of the timed climbs. The ominously-profiled Côte de la Rédoute. This was the one we'd been waiting for. Motor homes were already lining the road in readiness for the pro race the following day. But unlike the RVV where beery boozers gathered up the sides of the Koppenberg and Paterberg to cheer the amateurs, here there was one solitary cowbell, tinkled intermittently by an elderly onlooker wedged into a deckchair. The biggest obstacle turned out to be an effing tractor blocking our passage through the inflatable arch de triomphe at the top.

Turns out our very own Kent Alps serve as good preparation for the bergs of Belgium. The hills are a pretty similar profile to the likes of Toys, Ide, Yorks and Brasted. For those who don't know Kent - they're no more than a mile or so in length, averaging 8-9% with ramps rarely going beyond 15%. Punchy but palatable.

No loitering at Feed Zone 3 - by now the sugary waffles had lost their appeal. There was even a telltale hint of impatience from Bunteur as I fiddled with the Garmin to get our LiveTrack working for the fans back home. Onwards to the Côte de la Roche-aux-Faucons - Falcon Crest - timed climb number two. And then Saint Nicholas, the third and final timed climb. It was tough with 140+ kilometres in the legs, but the training and even-paced start served us well.

With Saint Nicholas dispatched, we were on the home straight, including a fly-by the Standard Liège stadium in one of the less salubrious quarters of the city. You certainly wouldn't want to be an away fan wandering the streets looking for a kebab shop past midnight.

Enough in the legs for a sprint finish, then we checked in bikes as the sun emerged and we felt warmth in our bones for the first time that day. The perfect accompaniment to a cold beer, mustard-slathered hot dog and an extra-large serving of self-satisfaction. It might not have the reputation or sense of occasion of the RVV, or the novelty of the cobbled climbs - but the silky smooth roads, the stunning scenery and the perfect parcours give the LBL the edge in our opinion. 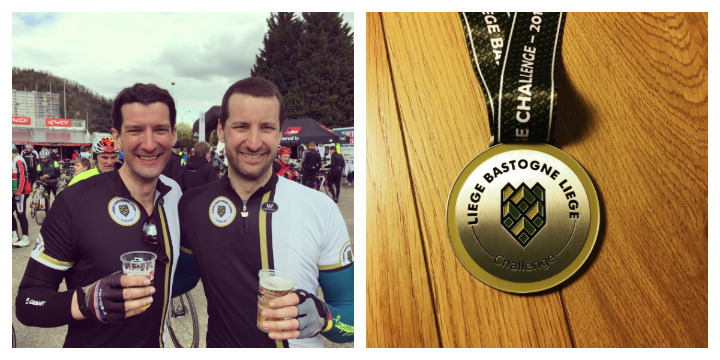 I'd met Geiseur last year, the day before we attempted the GFNY Mont Ventoux. Apart from a shared passion for cycling (he'd been crazy enough to do a recce up Ventoux that morning), he was also partial to a beer and une bouteille de rouge. Love at first sight.

Email addresses were exchanged, vague promises made to attempt other sportives together, but surely there was no way this long-distance relationship could work?

We knew it was the real thing when a batch of goodies arrived from the States, enough Clif bars, fig rolls and energy gels to keep us going for a year.

But it was only consummated when Geiseur picked up the gauntlet thrown down by Broleur to join us at La Doyenne. A welcome international addition to the broleurhood. 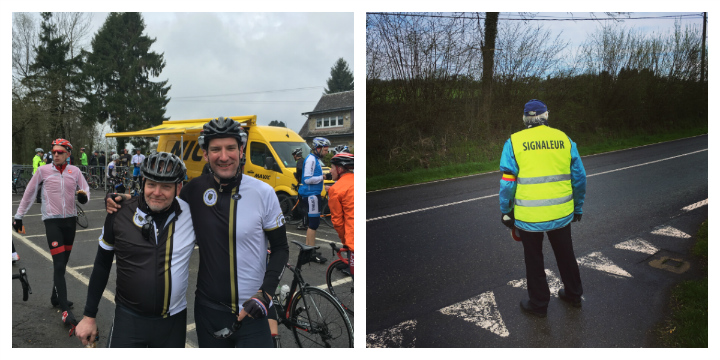 Having gone our separate ways at the second feed station, we anxiously waited at the finish, racked with guilt for having left a man behind. Questions, questions... how would he cope with Côte du Rosier or La Redoute? Did we do the right thing in pushing on? Would he prefer a Jupiler or a Leffe?

Sure enough, we soon got a text saying he'd finished. Manly hugs, beer and shared stories of Côte de Saint Nicolas all round. Followed by more beer and a very swervy - and thankfully short - ride back to the hotel.

We're now looking forward to rekindling the affair with Geiseur on his home turf, with a granfondo or two across the pond. 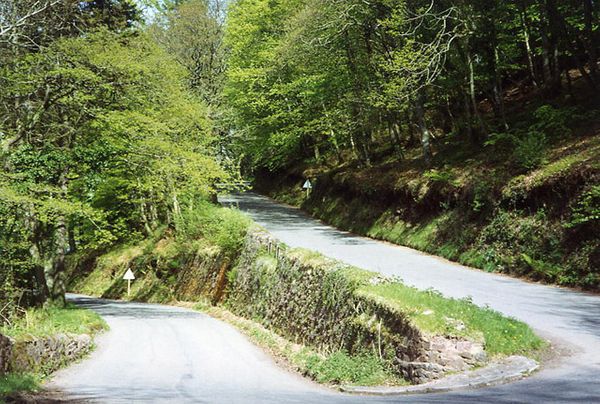 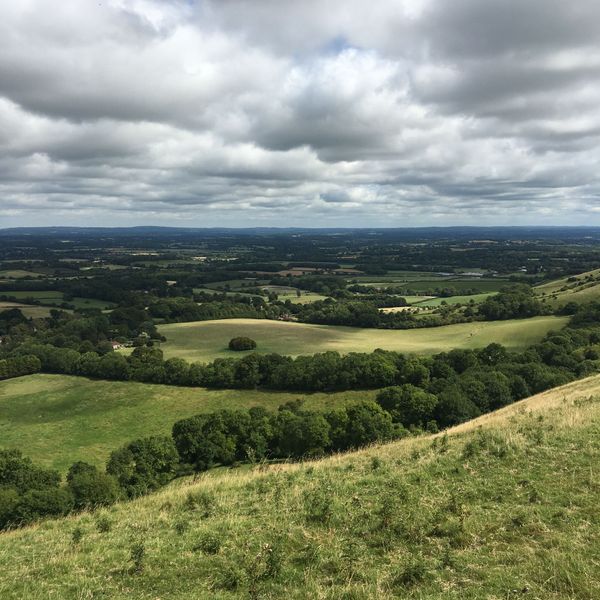 The Puncheur sportive has become something of a traditional early-season challenge for Broleur. It's one of the few UK sportives to set target times for entrants. Summit Ditchling Beacon in under 4 hours and you bag metaphorical gold.