Mind over matter. Where the head leads, the legs will follow. A bird in the hand is worth two in the bush. Erm, actually scrap that last one, but hopefully you get the gist of it: mental strength can be just as important as physical stamina in cycling.

You don’t need to have the mind powers of Uri Geller - not that bending spoons is much use on a bike - but a bit of confidence can go a long way. If you believe you’re in the form of your life, if a full-length mirror suddenly isn’t so unflattering, then you can feel invincible; dismissively sneering at hills like Jose Mourinho addressing a reporter’s question.

Three weeks after Quebrantahuesos, I found myself in this exalted category. I was Thor’s hammer and L’Etape UK was a tiny drawing pin in front of me. Nothing and nobody could touch me, like I’d been forged in fire. It’s a wonderful, once-in-a-blue-moon experience.

Admittedly, I’d given the love handles a bit more love, packing on a few pounds around the waistline since dropping a stone for Quebrantahuesos. Lashmandu had been scaled on several beery occasions and I'd been eating like an under-nourished horse. But the Strava stats were backing me up, I’d never been or felt stronger.

With the other brother busy mastering his Master's, I’d once again be going solo. But I wasn’t perturbed. I was lucky to have the Soigneur and Daughteur - very lucky as it would turn out - along for the ride as my amazing support act.

It’s been noted that some of our reviews - and by that I mean mine rather than the other brother’s - follow a bog-standard pattern, which is, ‘We ate well, it was hard, we had some beers’. So I’m pleased to report I can change at least one part of the equation (we ate exceedingly well on short rib beef and oxtail the night before L’Etape UK, and I had four pints of American Pale Ale at the finish. N.B. the very understanding Soigneur was driving us back to London).

We’ve been meaning to gorge on the Chilterns for a while. I’d had a soupçon during the RIDE IT London Road Sportive but was eager to taste some more.

Rider numbers and stickers had been efficiently posted a couple of weeks in advance by the organisers, Human Race Events, so registering wasn’t a worry at Penn House, near Amersham. There wasn’t even much of a queue for the portaloos (an absolute bonus as the short rib beef and oxtail decision came back to haunt me). No interminable wait to start in pens either. Kudos to Human Race.

The change in the formula is that it all felt so easy. I was coasting along. No cramp to whine about, no bonking, no weak thoughts.

I felt like a hill-munching machine. Frith filleted; Eskdale eviscerated; Wigginton walloped (although it did bring me down a notch when I passed someone casually watching the Cricket World Cup final on his phone - chapeau!), and the near 20% corner of the Crong crunched.

It’s fair to say I’d been spoiled by Quebrantahuesos. L’Etape UK had lots of enchanting woodlands that seemed to come straight from a Lord of the Rings scene - I half-expected to see an Ent come striding past chasing a horde of Urukhai - but it’s hard for the Chilterns to conjure up snow-encrusted mountain peaks where none exist.

But I wasn’t complaining, I was past halfway on this 100-mile sportive, no need to stop at the feed stations and I’d still got plenty left in the tank for the two biggest hill challenges of the day - Whiteleaf and Wardrobes.

A first time for everything

It surely couldn’t - wouldn’t - end well. And it didn’t. Hitting the start of the Whiteleaf timed climb, I dropped a wattage bomb, heard an awful crunch and was pedalling thin air. Luckily, I wasn’t in a bunch as I veered off the road and narrowly avoided crashing.

The chain must have slipped, like it did in the Hell of the Ashdown. I turned around and headed back to the bottom. No way was I going to have my Strava time for Whiteleaf spoiled by something so easily fixed.

Phone Human Race in desperation. Their mobile mechanics can easily fix a puncture but this problem was way beyond even their powers - and mine. Turns out I’d broken the free wheel mechanism. My sportive was over.

Broleur’s first-ever DNF (the other brother was at least a DNS in Quebrantahuesos). Three shameful letters.

I got on the Race.Radio to the Soigneur to come and collect me as I wasn’t going to wait for the humiliation of the sweeper van. Sat on a bench in a Tesco car park in Princes Risborough, consoling myself with a couple of cans of G&T as I smelled like Satan’s crack, probably wouldn’t be included in my proudest moments. But I was gutted and wanted to wallow in a bit of self-pity.

But when the Soigneur and Daughteur dutifully rocked up and wanted to give your smelly, sweaty self a great big hug, things didn’t seem so bad.

Despite my dejection, we chose to go and see the L’Etape fan park at the finish - and what a fantastic decision it was. Two massive screens - one with the Tour de France on, the other showing the cricket - with food stalls (beef brisket sandwich, yes please! I clearly learnt nothing from that morning’s ‘portaloogate’), a live band playing some jazz music, one bar selling craft beers, another gin cocktails, merch stalls, cake stands, an ice cream van... Brilliant! Double kudos for Human Race. It could only have been made better by me actually having finished the long route and feeling like I deserved such rewards.

Still, as I’d done 95km, I felt I’d done enough to earn a medal, which was happily doled out by one of the Human Race staff (followed by a fraudster feeling that was numbed by the fourth pint of APA). I now had an inkling of what the other brother went through at Quebrantahuesos.

There is unfinished business with Whiteleaf and Wardrobes, though. I’ll be back to settle the score. Cue evil laugh: Mmmmwaahaahaahaa!

How handy are you in a cycling crisis? It has to be said, when it comes to DIY fixes we rarely manage to do it ourselves. There's been enough mishaps and missteps over the years to develop a very good screenplay for a Chuckle Brothers movie.

That most basic of tasks, changing a flat. Removing front wheel relatively easy, back wheel unfeasibly hard. The other brother still holds the record for most successive punctures in the exact same place with five (the result of a split in the tyre causing an inner tube hernia). Compressed gas canisters have been the source of a comedy of errors. We've released enough CO2 into the atmosphere to create a micro-climate in the Surrey Hills. Greta Thornberg would urge us to take the plane.

Changing brake blocks: just about. The right time to do it is when the brake calipers are etching your rims, right? Adjusting disc brakes: you've got to be kidding. But we at least remember to keep them properly lubed with a regular applications of GT85.

The zen of a silent ride is rarely experienced with the bro in tow. Cable tensioning is indeed a source of tension and our capabilities with limiting screws is extremely limited. Across countless attempts at trimming and indexing gears, I can honestly say I have never once improved the situation.

But there are fond memories too. The time we enjoyed a Mr. Whippy atop Ditchling Beacon as a kindly stranger deployed a chain splitter to transform the bro's bike into a single speed steed for a freewheel down into Brighton. The poor guy still probably has recurring nightmares about the filth caking the chain.

Yup, it's fair to say the local bike shops of London will enjoy our custom for years to come. The industry is safe in our hands, even if our bikes live in perpetual fear. 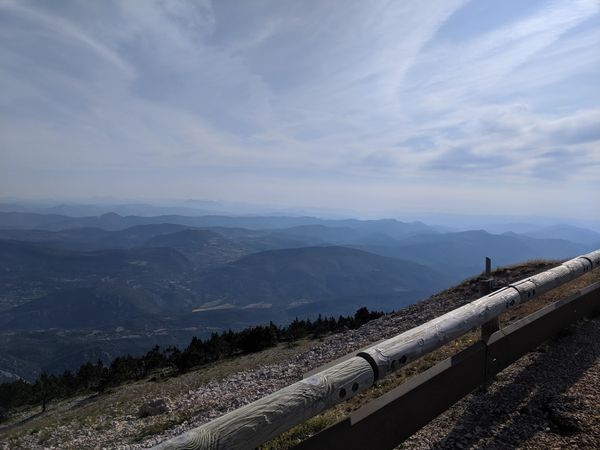 Some clubs are more discerning than others. The Club des Cinglés du Mont Ventoux restricts entry to those foolish enough to climb all three sides in a day. Way harder than your average provincial bouncer. 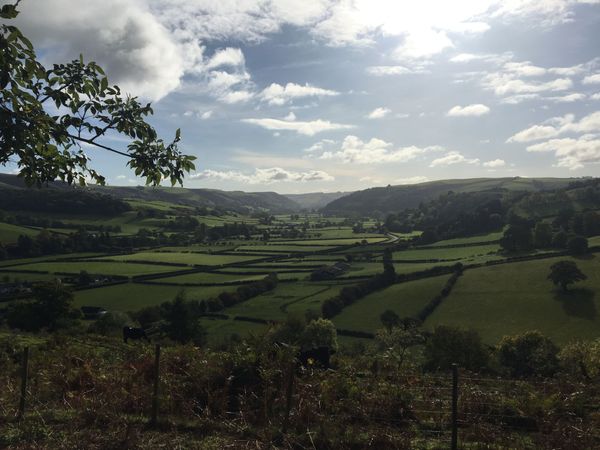