You know it’s wrong. It’s not clever or funny. You’re going to feel ill afterwards. You’ll probably be filled with self-loathing. Yet you still do it, order the ‘supersize’ meal rather than the medium.

And so it was that we decided to ride, rate and rank as many of the hills of the Chilterns Massif as we possibly could in a single 135km ride, the Broleur Chilterns Challenge.

The infamous Chilterns Massif is a chalk escarpment that stretches approximately 80 km from Reading on the River Thames, to Hitchin in Hertfordshire, spanning Oxfordshire, Buckinghamshire and Bedfordshire, so riding all its climbs in a day may have been a tad ambitious.

Inevitably, there were a few obvious omissions, but we'd covered most of these previously on L’Etape UK and the London Road Sportive. For the one we haven't yet scaled – the Wall, in Great Missenden – we've relied on the testimony of local expert witness, Simon Bunegar.

So here we go, our top 10 toughest climbs of the region.

It was a close call, but The Hale scrapes in at No.10.

At an average of 7% over 1km, with a maximum gradient of 23%, it sounds as deeply unpleasant as an ingrowing toenail. Yet I don’t remember it being that way.

Maybe I was feeling strong at the time; maybe the sun was shining, the birds were singing and there was joy in my heart; maybe my memory is pants. Whichever one is true (most likely the latter), I do recall there being a punchy section near the top and it being undulating, sat in the saddle one minute; out of it the next. By no means a breeze, but easily blown away by some of the nasties below.

One of the longer climbs in the Chilterns at 2.5k, Kingston Blount wears you down like a teething toddler, eventually you concede defeat, just wanting an easy life.

It’s a fairly steady 5.2% average for most of it and you get some cracking views over to your left. There is a tough 18% part around two-thirds of the way up but, for some unknown reason (that’s not strictly true, I’d just had a Coke and a packet of salt & vinegar crisps), it didn’t feel particularly gratuitous.

Due to a sportive-ending mechanical, I never got to do Wardrobes in L’Etape UK, and in the Chilterns Challenge we again missed out due to taking a wrong turning, but luckily, friend of the blog Mouldeur is on hand to talk you through it.

Wardrobes is the sort of climb whose bark is worse than its bite. A nigh-on 9% average gradient over 1km seems a bit tasty, however when riding, it never really seems that steep.

From the bottom of Kop (mentioned later), take a left up Brimmers Road and aim for the trees. The road surface is decent pretty much all the way up, and the gradient seems to hover around 7-8% until you get to the junction of Pink Hill where the road deteriorates and the gradient pitches up.

As the road bends right is when it's at its steepest at around 14%, but it eases as you come out of the canopy of trees up to the junction of the Pink and Lily pub.

Sounding like a thrash metal band, you may well need a bit of psyche-up music before tackling The Crong.

In this instance, you can forget the Veloviewer stats, if the max round the left turn is 13.7% then I’m the next Mathieu van der Poel. Double it and then we’re talking.

I did it during L’Etape UK and Simon Warren was absolutely correct in describing it as a little-known gem (probably not his exact words but that was the gist). It’s narrow, muddy and very, very steep (admittedly only for about 100-150m) but it is also beautiful, like you’ve accidentally cycled on to a Lord of the Rings set.

If this hadn’t come early doors in the Chilterns Challenge while we were still fresh as daisies, this might be a bit higher (go on, convince me).

It’s no wider than your armspan, looks like it’s been targeted by Stuka bombers and has a heinous 24% stretch near the top – a cue for everyone to be out of the saddle and turning squares.

I’d been dropping the hammer up Whiteleaf (or at least that’s the way I tell the tale) in L’Etape UK when my bike broke, so I definitely had unfinished business here.

It’s fairly intimidating from the off as it’s a straight run-up and you can almost feel the oncoming pain before you get to the first steep part.

Get over that little hump and there’s a little respite before the big hump rears its ugly head, just as you take a right in amongst the trees (not literally, rest assured they aren’t felling logs across the road).

That’s when it’s gut-check time and you hit the max of 20% – and for what feels like an eternity – before you emerge from the forest (I’m making it sound like you might see Bigfoot) and it’s a much more manageable 5-10%.

Unfortunately/fortunately, due to a Garmin error (on second thoughts, it’s more likely to have been human error), we missed out on doing Kop during the Chilterns Challenge, so take it away, Mouldeur...

Having bombed it down Kop Hill about 20 minutes previous, we were now faced with the climb back up it. Strangely, roads never seem as steep when going down as when going back up! Unlike most of the hills ridden over the course of the Chilterns Challenge, Kop Hill pretty much lays everything out in front of you. Straight and steep.

With the peloton almost taken out by an irate lady in a Subaru Impreza, who was coming down maybe with the intention of hitting 88mph and going back in time to 1985, the lasting memory of this climb was the deafening silence of the group riding up it. You can always tell a climb is a killer when the conversation dies.

Even though the surface is nice, it seems to be one of those tacky road surfaces where you feel like you’re riding through tar, not helped by the gradient steadily increasing up to about 18% the further you go up the road. Even though just shy of 9% over 1.2k, it feels like a 9% average, unlike a few of the other climbs in the area.

This evil-doer would have been at No.2 if Simon hadn’t sworn on oath there was a bigger, badder beast lurking in the Chilterns hedgerows.

I think I’ve blocked out a lot of it but, occasionally, I’ll wake in the dead of night, soaked in sweat, mumbling unintelligibly about impossible gradients.

The first half of the 1.2k climb is easy, lulling you into a false sense of security; the second half is a pant-wetting nightmare. A max of 19% doesn’t sound too horrific but it’s the 8.1% average that grinds you down and has you begging to be put out of your misery.

Never let it be said that the nice folks of Sustrans don’t have a sense of humour.  The Chilterns have no shortage of short but brutal climbs but the Mur de Missenden seems to take that to excess.

It’s short and brutal to the point of silliness, being only 260m long but hitting 30% towards the top. The Wall sits on the Sustrans NCR 57 heading east out of Great Missenden, its start hidden away off the main High Street at the end of Church Street and The Square. You’ll find it clearly signposted with a regular NCR blue sign that points, beneath the road bridge, to ‘South Heath’.

Starting the hill, the very first thing you notice is this is not a public road, rather it’s a dedicated tarmac cycle and pedestrian path. This makes the Wall particularly narrow, in places barely wide enough for you to pass anyone coming down the other way (unless they take pity on you and move off the path as you grind slowly past).

You begin by going under the first of two concrete tunnels and the path, pretty straight the whole way up, starts to climb at a fairly gentle 5% then gradually steepens to 12% by the time you reach the second low tunnel.

Now things get interesting, stooping low as you exit the tunnel you see a narrow 1m strip of tarmac, arrow-straight, in front of you. You’ve now got about 150m where the gradient doesn’t dip below 20% and touches 30%+ in several places, so good luck.

There’s no room to weave, you’re dreading meeting anyone coming down and the dense hedgerows on either side seem determined to welcome you in.   Finally the pathway angles to the right and the gradient slackens, you’ve made it and of course you think to yourself you must be mad.

We tackled this one at the end of the Chilterns Challenge, so we were pretty cooked already. Turville burned us to a crisp. It had me wishing I’d sunk a few Brakspears at the Bull & Butcher in the village.

It’s a torturous affair, although the start is more of a gentle tickle along a country lane. That is, until you take a left and it gets downright nasty. A 20%+ gradient, maxing out at 26% and a crappy, slippery surface that even had the locals’ Chelsea tractor wheels spinning.

I’m struggling to think of a redeeming feature other than the sense of achievement you’ll feel if you can manage to complete it without unclipping. Sadly, the only sense I got was one of frustration as my wheels spun out and Turville got the better of me about halfway up. A worthy rivals to our other No.1s.

Still, at least it gives me something to work towards. Revenge is a dish best served cold...

What top Chilterns cycling climbs did we miss?

Do you have any harder hills near you? Fancy challenging Broleur? Let us know your thoughts on our Facebook page, on Twitter or you can email andy@broleur.com

If you haven’t yet had a peek, you can also check out our top 10 cycling climbs in the Kent Alps, Surreynees, Sussex hills and London bergs. 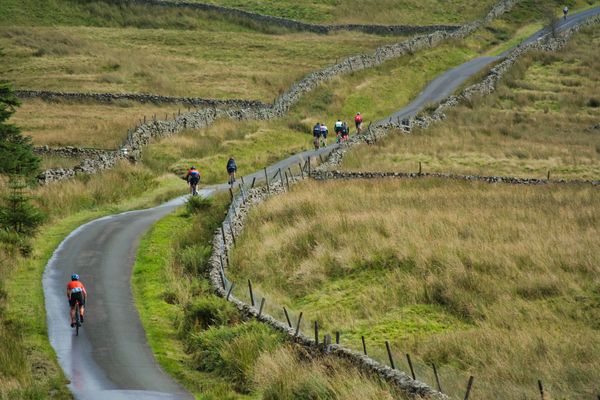 Most of the cycling climbs in the UK are best described using the words of the English philosopher, Hobbes: "solitary, nasty, brutish and short". But what makes some hills more nasty and brutish than others? 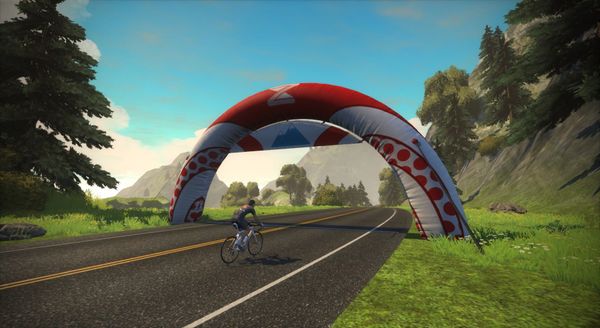 Broleur's Zwift Omnium (sorry, no badge yet) requires a rider to complete every single one of the course routes in Zwift. Could Andy's avatar get around the worlds in 80 days?